Fort Dunlop was for a while the largest factory in the world, at its peak producing 25,000 rubber tyres a day for its eponymous owners. In an era when Birmingham was one of the industrial powerhouses of the world, the 400 acre Dunlop plant was rivalled only by the monolithic Rover factory on the other side of the city. By the 1950’s Fort Dunlop employed 10,000 workers and an entire village, known as Tyretown, developed around the site to meet the worker’s needs, including shops, a cinema, concert hall and a sports club. However trade dwindled from the late 1960’s onwards and the main plant finally closed its doors in the mid-1980’s, another victim of the post-war demise of traditional British manufacturing.

For 20 years it stood derelict, functioning as nothing more than an advertising hoarding aimed at the passing M6 motorway traffic. Developers took it over in 2004, and that’s where Trainspotters came in. We were called in to salvage a huge quantity of original white enamelled pendant lights, all of the same stylish design, most of them covered with a stubborn coat of black rubber dust.

Over the course of a couple of weeks well over a thousand of them made the journey down the M4 to an unlikely new home in leafy Gloucestershire. And after some serious spit and polish every last one of them journeyed onwards to an array of projects across the globe.

Such was its stylish utilitarian design and versatility that we immediately undertook the process of re-manufacturing the Dunlop light to the same exacting standard as the original.

And with a pleasing synchronicity the right specialists for the job were found to be back in Birmingham.

Firstly we commissioned the necessary cast-iron spinning moulds. A way was found to replicate the unique shape of the light that involved the revival of a redundant technique. After a sometimes frustrating period of problem solving, tweaking and re-tweaking, the spinners began to spin and we had the Dunlop light rolling down the conveyor belt. And they haven’t stopped since.

From the spinners the lights make their way across town to the vitreous enamellers. This is another complex process and a dying art in the UK these days.

After a process of preparation the lights are sprayed with a silicon based pigmented powder and then sent off through a ferociously hot furnace where the coating melts to form a durable protective layer. This process is repeated once or twice more as different inner and outer coats are added. A key part of this process lies in the sleight of hand required when the powder enamel powder is sprayed onto the light shade. Thickness is key – if the application is too thin or thick then the enamel will not adhere properly and will pop.

So why not just take the easy route and paint the lights?

Because vitreous enamel gives an authentic lustre and depth to the finish that painting/powder coating simply can’t. It also happens to be more durable, hence why decades old salvaged enamelled pendants can still look as good as they do.

The final piece in the jigsaw is the mounting kit. This is all bespoke and we have the polished aluminium caps cast in gravity moulds in our foundry, also in Birmingham as it happens. The inner connections are engineered in our hometown of Stroud.

The Dunlop lights now hang in a diversity of locations, from single feature pendants over dining room tables to large banks of them in restaurants and retail spaces. We consider them to be a design classic, with a foot in the industrial aesthetic but retaining a versatility and a neutrality that takes them a step beyond. And we are proud to play our small part in the resurgence of traditional British manufacturing techniques, long may it continue… 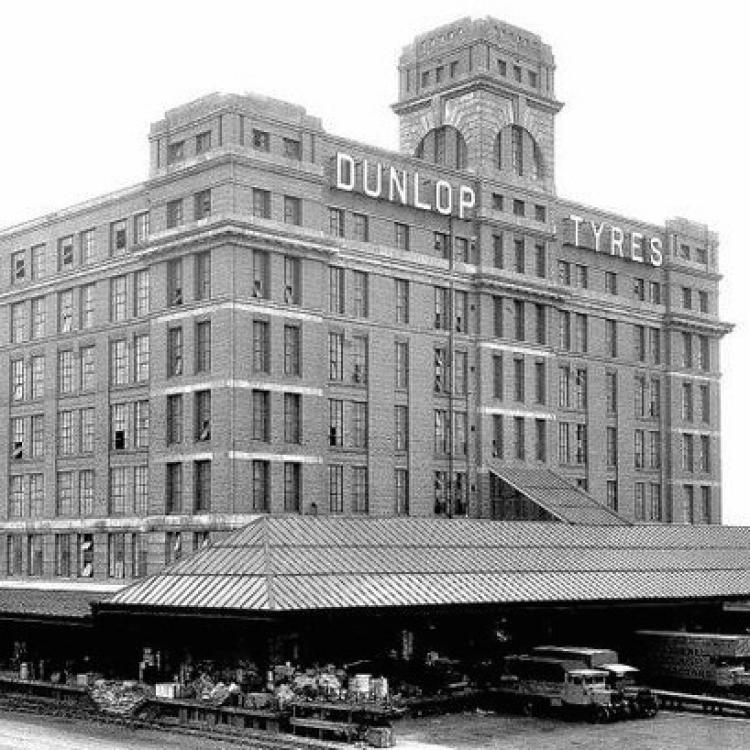 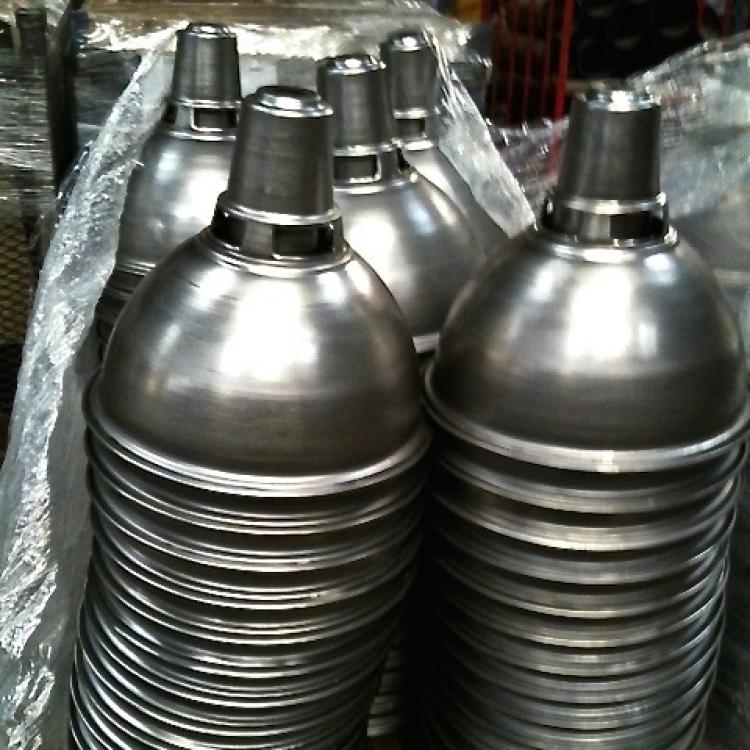 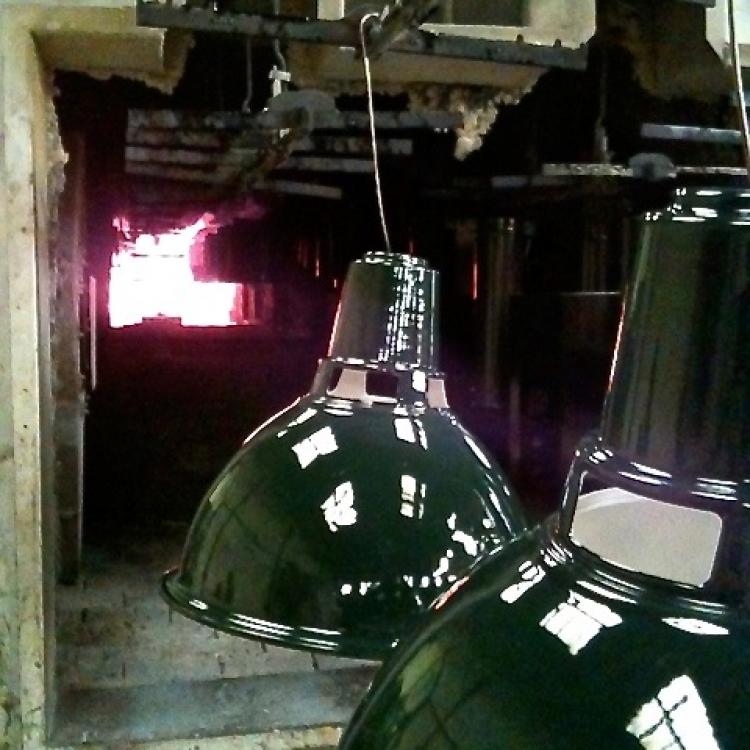