One of the exciting aspects of our business lies in the challenge of tracking down new lines of stock. This is now a different challenge from the early days, when we were pretty much the only people buying and selling industrial lighting in any kind of quantity. Its strange now to recall those first visits to eastern Europe, driven by our hunch that all of those defunct communist era factories must surely contain some pretty serious quantities of period industrial lighting.

It was a tough nut to crack. We could find literally nobody for some time who had any idea how to gain access to any of those decaying industrial monoliths that studded the urban landscape of Eastern Germany, the Czech Republic, Poland and Hungary. Initial reactions to our enquiries actually provoked suspicion much of the time. Why would these two English guys want access to a derelict old petro-chemical plant that last shut its doors in 1989?

With perseverance we slowly began to meet some like-minded local characters, people with whom we could work to gain access to (and arrange the salvaging of) communism’s industrial lighting legacy. Since then we’ve bought many truck loads of communist-era lighting back to Stroud, applied some spit and polish, and then sent it back out on its way again to projects across the world.

Salvaged industrial lighting has properly entered the public design consciousness since then, and the challenge remains to keep sourcing the exciting and the new. We’ve recently been fortunate enough for example to have uncovered a large stash of never-used scissor action extendable wall lights, communist-era, languishing in their original crates in a Romanian military facility.

This style of light has previously only ever cropped up in small quantity, rarely at that, and never the size of the giant versions we have.

Scissor action lights are an ingenious robust design, first used on Victorian lift gates and then adapted into the lighting world by Christian Dell and others in the Bauhaus movement. Our workshops are currently working away on these, degreasing, beeswaxing, wiring and PAT testing, ready for the onward journey…. 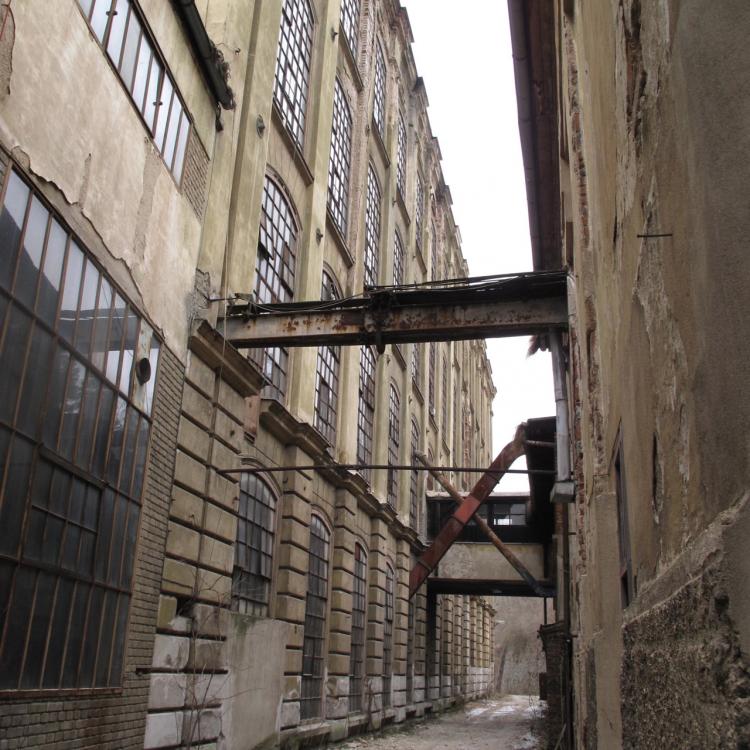 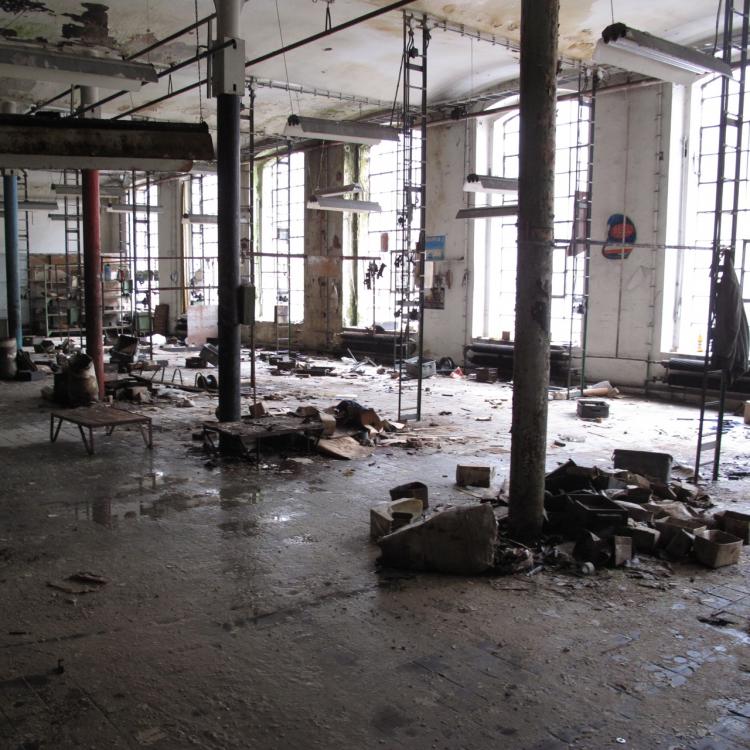 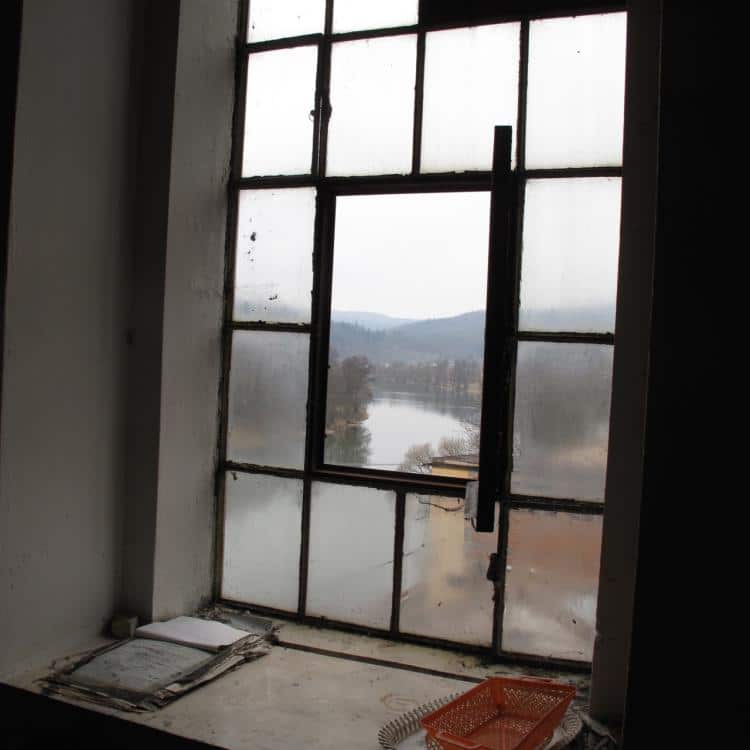 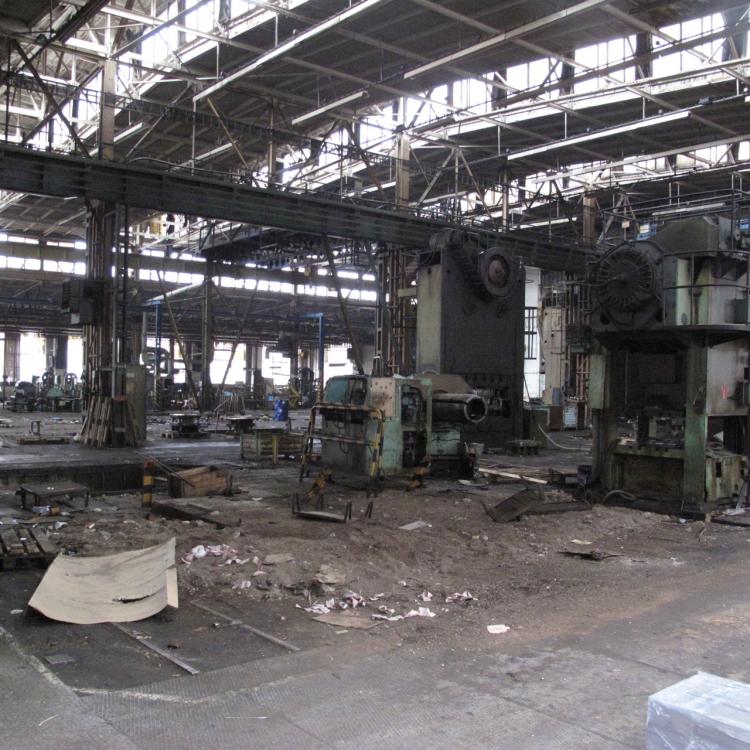 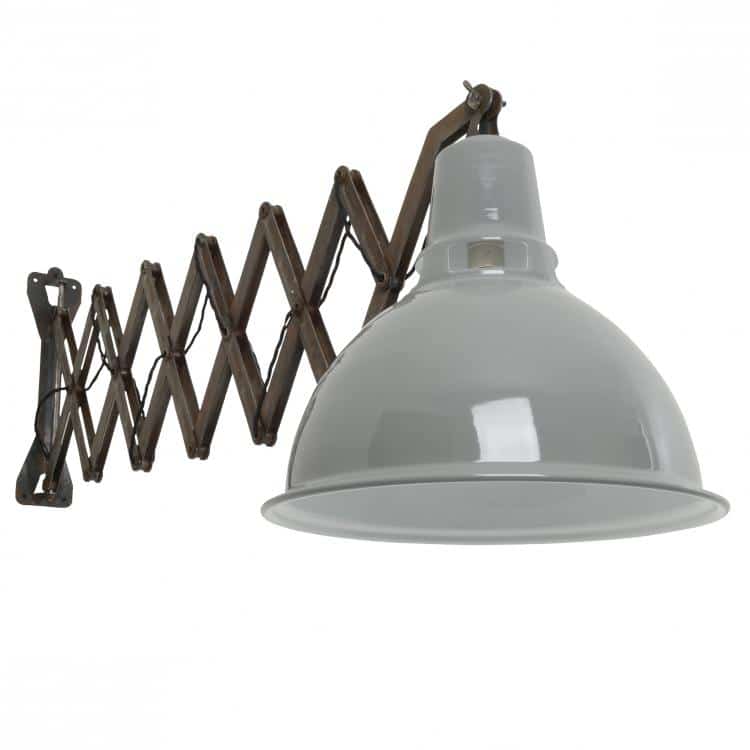 Feature
Posted in Trainspotters Blog.
Share
PreviousWhy Trainspotters? The story of the luggage rack…
NextA truck arrives from the East…