Let us introduce a neighbour of ours – The Subscription Rooms in Stroud.

The Subs (as it’s lovingly referred to by Stroudies) has always punched well above its weight having hosted The Beatles not just once but twice in it’s short and interesting history.

With live entertainment guru on board as its new Volunteer Chairperson, Hugh Phillmore of Sound Advice and Cornbury Festival fame has already booked a myriad of outstanding acts to perform at the Subs, such as Macy Gray, The Specials, Waterboys, KT Tunstall, Craig Charles Funk & Soul and Mavis Staples to name (no word of a lie) just a few!

Like most live entertainment venues, The Subs is struggling in these turbulent times but that has not dampened the spirit of the core team, dedicated to saving it from closure. Various grants and a current crowdfunder campaign is allowing them to update key areas of the Subs. So far improvements include a state of the art sound system fit for the big acts, through to a new upstairs bar for event revellers.

Trainspotters were delighted to be asked to help transform the old bar on the first floor and donated this series of gorgeous Opaline Tulip Pendant Lights to sit over the new Deco Bar.

We think you’ll agree that the combination of feature-bar, striking monochrome flooring and our intricately hand blown lighting, has given the venue a very striking facelift. 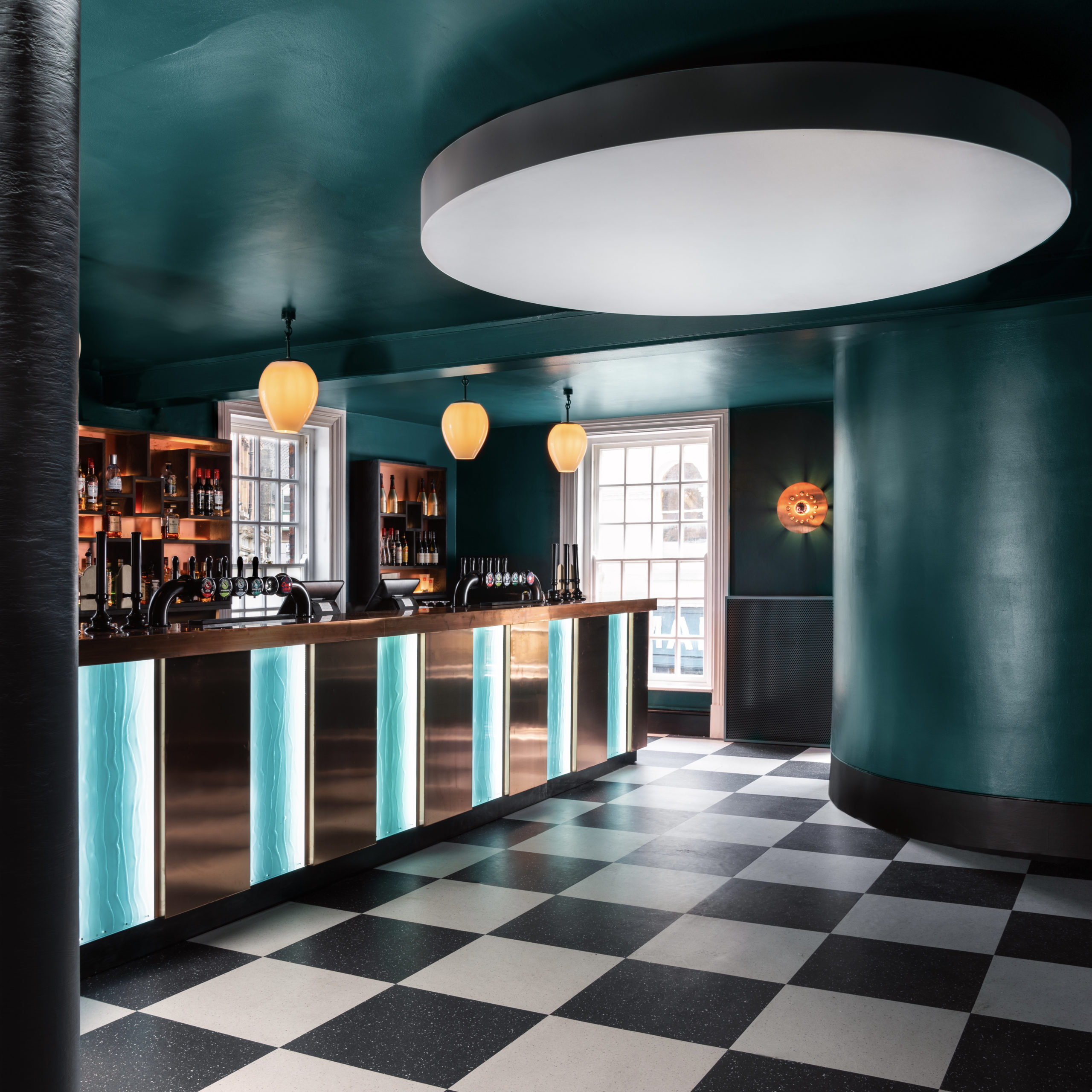 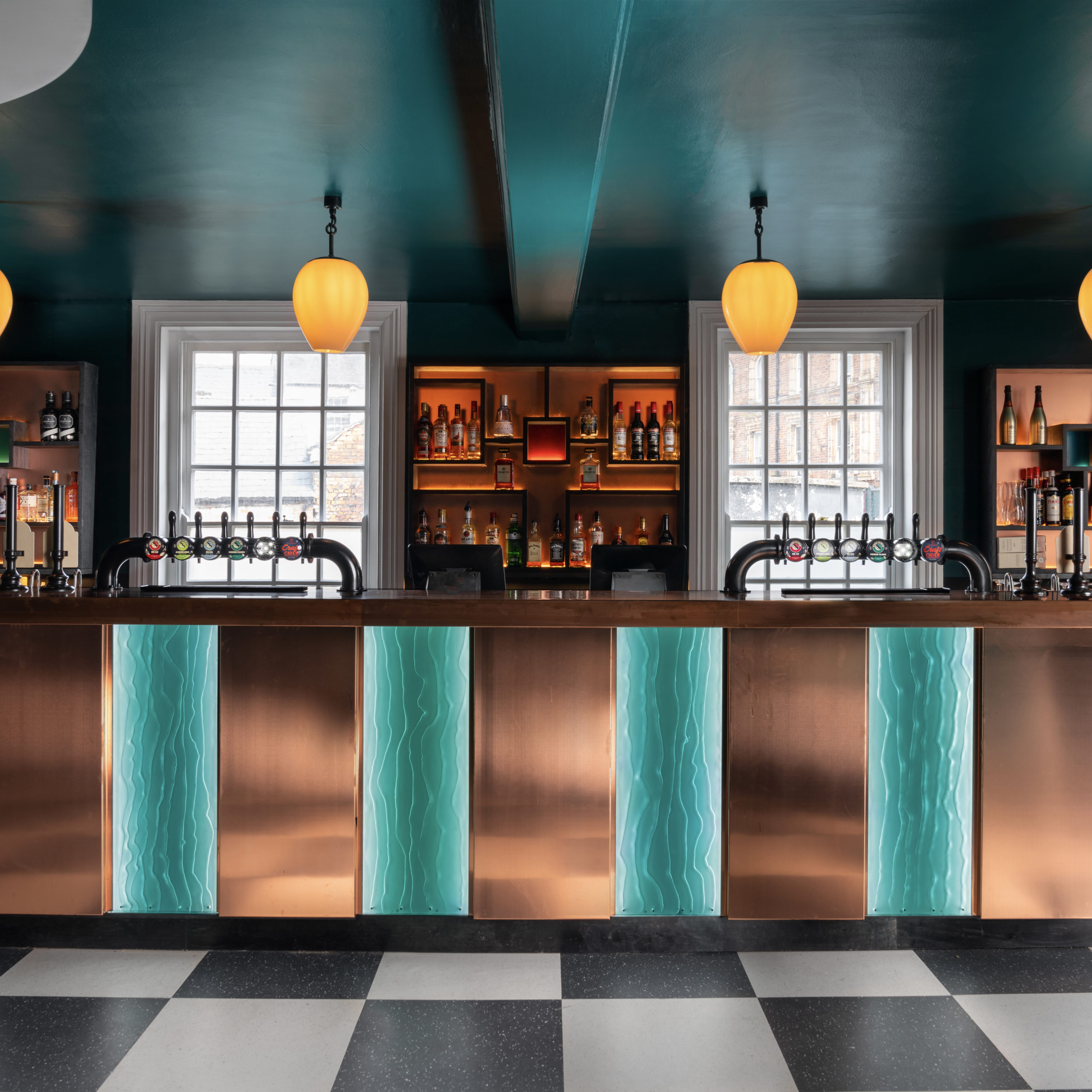